An avid golfer suddenly finds himself in an awkward situation during a tournament. On the edge of the course, in a grove, he discovers the body of a young woman. She is the wife of one of his fellow players. All evidence points to him as the killer, yet the hero pulls out all the stops to find the real culprit. With the help of his wife and friend, he manages to apprehend the true murderer  and win the tournament! However, it soon becomes apparent that nothing is as it seems...

A gripping story in which lovers of the game of golf get their full moneys worth! A married couple stumbles into a criminal case and investigate on their own initiative, finally uncovering a conspiracy to commit murder. One corpse, two villains and golfing terminology aplenty (incl. a short dictionary of golf terms)!

David White, keen golfer; mid to late thirties; attentive husband of Emma; very companionable and likeable character; head of marketing at Palmer & Partner; is invited by his boss to a company golf tournament at which he discovers the body of Charlotte Walsh; with his help, Jeremy Hurd is convicted as the murderer, yet strange dreams lead David to doubt that Hurd alone is responsible; by chance he hears James Walshs confession at his wifes graveside; together with Emma he tries to apprehend the murderer; saves his wife from a sticky situation and finally also finds the ultimate evidence to prove the complicity of James Walsh in his wifes death.

Emma White, Davids wife of three years; pretty and successful painter; has strange premonitions of the murder of Charlotte Walsh; she visits her parents and brother while the golf tournament is ongoing; only once David gets on to the track of James Walsh, is she drawn into the action; she lands in danger when she is threatened by the director holding a gun; Davids plucky intervention saves her and together they uncover the truth.

Mark Thompson, Davids colleague, golf partner and friend; in a managerial position in sales at Palmer & Partner; is also invited to the golf tournament; he comes to Davids assistance in a scuffle with the murderer; married to Rebecca.

James Walsh, the director of the second firm taking part in the tournament; married to Charlotte for eight years; several years older than his wife; in contrast to Charlotte, would happily start a family; is annoyed with the affectations and dissatisfaction of his wife; when he learns of her adultery, he blows a fuse and commissions Jeremy Hurd to kill his wife; rues his crime, however, and in his despair, finally shoots himself.

Charlotte Walsh, the beautiful, temperamental and young wife of the director; shoulder-length hair; baby daughter from a wealthy home; spoilt and narcissistic; feels neglected by her husband; wants to go out and experience much more before starting a family; has an affair with Jeremy Hurd and wants to leave her husband for him; when Hurd ends their relationship, she threatens to tell her husband of their affair; is murdered during the golf tournament with a golf club.

Jeremy Hurd, Mr Walshs assistant; attractive but aloof and cold; when Charlotte Walsh wants to blackmail him, he admits the affair to his boss, whereupon the plan to murder her is laid; is ready to spend time in prison for the murder, provided James Walsh cedes a portion of the life insurance he is paid out for his wifes death; is knocked out by David and convicted.

Oscar Sinclair, Charlottes father; a wealthy industrialist; idolises his only daughter; after her death he is a broken man; flies at Jeremy Hurd in the courtroom and is suddenly struck by an illness from which he does recover.

Jack Palmer, Davids boss; an older man with grey streaks in his hair; agile demeanour; invites his employees to the company golf tournament which he also takes part in.

Jayne Collins, a colleague of Davids, who like him takes part in the golf tournament; widow with 2 children; has recently become involved with a golf instructor.

Brad Parker, congenial chap in his mid-twenties; works at the third company partaking in the golf tournament; is a worthy golf opponent for David during the tournament.

Emily Barnett, Davids secretary; has already been working for him for a long time; minor role.

Inspector Locke, investigates the case of Charlotte Walshs murder; he would have preferred David to leave the detective work up to the police.

Alison, Charlottes best friend, with whom she goes out in town; minor role. Harriet and Ben, a married couple; are members of David and Marks golf club and get on well with both friends.

Kate, Emmas friend who lives in New York; runs a small art gallery there; single; has an erratic love life; she is only mentioned in conversation.

Alex, Emmas ex-boyfriend who hurt her very badly in the past; he is only mentioned. 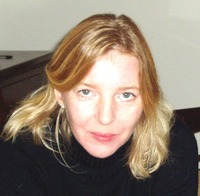